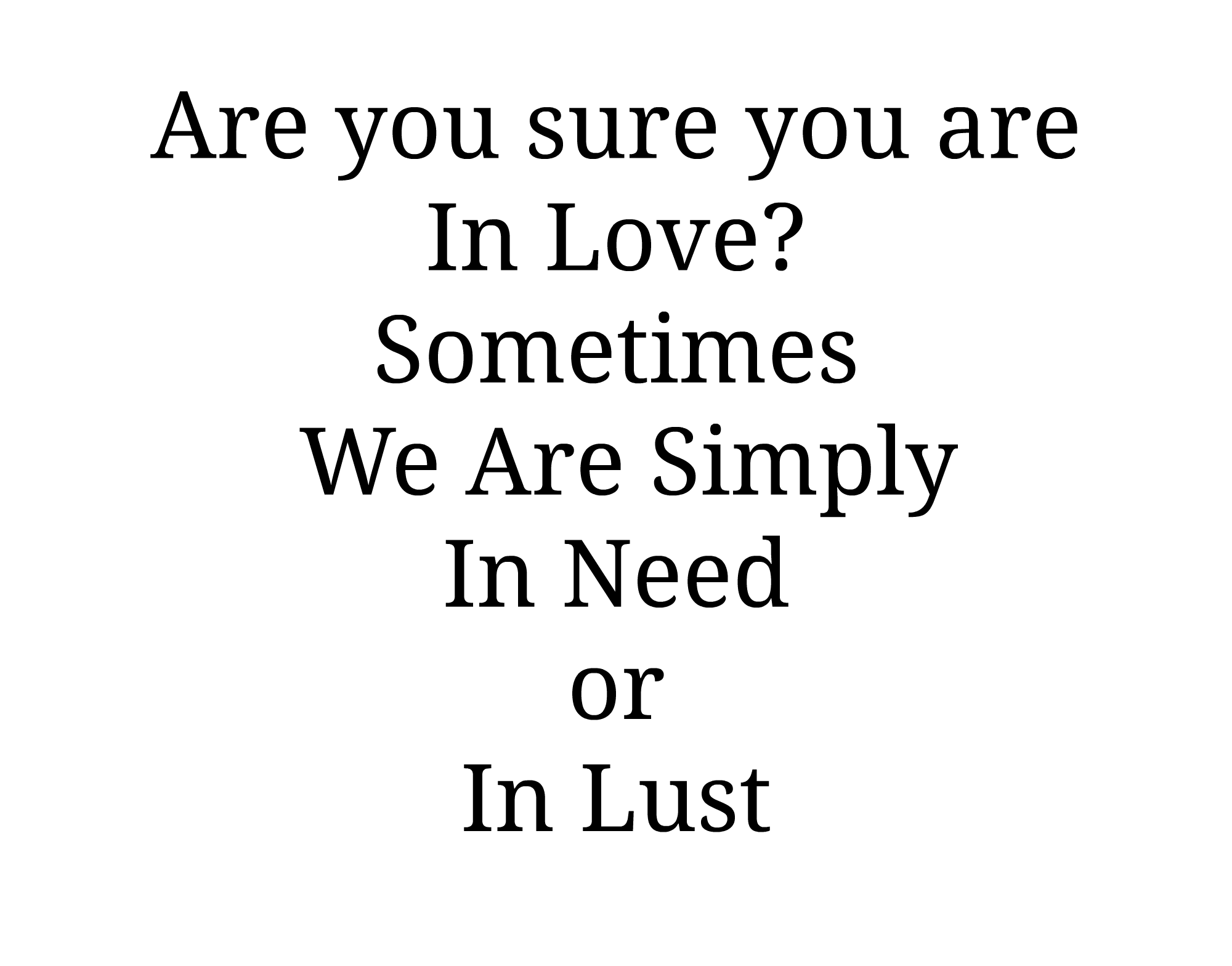 He left me for another woman. But he said he loved me. He promised me a year to workout on our relationship. Ours is complicated relationship ’cause am married. My husband I was living together but we didnt have any connection and no intimacy was there.

Tareq and I became friends in very short time. But we both felt we are meant to be together. We planned to be together. But I had many responsibilities so I was taking time to settle down and make our bond stronger. All i saw the bigger picture, our better future. Tareq had girlfriend too. But he said it was not working out for long and he doesn’t feel her. I was concerned that I may not be the reason of his breakup. But he always assured his relation would never workout and I am never a reason for what he was deciding.  I believed in him.

I was also concern about my family. Breaking was never easy! But I wanted things should be end nice way. Also I wanted to give time so we both know eachother more to start new leaving all complicacy. We wear doing things step by step. Preparing ourselves, I mean, that’s how I thought. I even asked him many times if its just he likes me because of physical attraction. But he always denied, assured he loves me. I believed his words and overlooked his actions! Our relationship was in just “bud” stage. It’s just three months! And everything were fine till I got sick. I had to take medicine and I was weak to move from home. I was feeling tired even to talk. he was wanting me desparately while I asked for a month to rest and recover. But he didn’t wait! He just get back to  his girl friend. I could sense he was hiding! Cause he was behaving rude and acting so impetient. Blaming me in everything. Whatever I was saying became toxic to him! I was sensing the negativity was coming from him. All I was doing is to stay patient and get well so when we meet things get better. But it never happened. When I met him, it was over.

We broke up. I must say he actually brokeup. He wanted to get back to his girlfriend and I could say nothing to him. I burst out in mixed emotion. But I knew It’s over and I should not waste time on him!

In one breathe Liala told me about her three months life. I’m her life coach. She wanted to clarify if it was love or lust from Tareq. She was stuck in this question.  She came to me to get over this situation, fix her goals and transform herself in a new way.

After she told her part of the story our clarification session started.

-How did you met Tareq?

-We met through a friend.

-How you both came close?

-It’s I was developing a project and when I told him about it, he showed interest to work on it. Few days we worked together for the project and we had long conversation. We got to know eachother more. He told me about his life and I told mine. We shared a lot and we found our common ground of likings.

-When you proposed eachother?

-It’s after the project we had to go back to our own work and then we both was missing eachother. I told him about my feelings. He also shared his feeling. And we decided to make a family together.

-Had he broken up with his girlfriend after he proposed you?

-No. He said he want to give her some time so she doesn’t get hurt much.

-What about you? Did you tell your husband about what was going on?

-Yes, I told him just when I found I love Tareq.  He got sad but didn’t push me for anything rather left me alone to make my choice. He was hurt.

-I was at peace with him. He was showing love and care. And he was warm and happy. He made me feel I deserve better care and love.

-So you actually were looking for peace, love, care, warmth and happiness?

-Yes. And Tareq was full of it.

-But if he was full of all these then have you ever thought why he was not happy with his girlfriend?

-I asked him but he said it wasn’t working out but he never told me the real reason.

-Did he know you were having bad relation with your husband?

-Yes, I shared everything I was dealing with. Even our private matters.

-Did you ever feel he was taking advantage of the situation?

-Actually yes. I thought it was lust once. But when he said he is ready to marry, I trusted him.

-So it’s all your thought about him?

-Someway yes, but my thoughts were based on his words. I believed in his words.

-When he said he broke up with his girlfriend, did you check ever that he was telling truth.

-No, I trusted him. He told me and I believed.

-Had he participated in planning for getting married and of future?

– Actually, at first I was saying all my dreams and he agreed in everything.

-Since when you sensed he was changing?

-Just three weeks. He was behaving rude. He wasn’t getting me properly. Specially after I got sick and I wanted to wait to get healthy. And I was more into future plan. But he always wanted to create ‘now’ moment.

-Was he after moment and you were planning future?

-Yes. He never talked about our future planning but he said he just wanted to get me as wife.

-So all he was wanting to get you physically?

-He always said its not physical but he was more into it. Moreover, I told him I had no intimacy with my husband. So he knew it. But I wanted a better future and to make a family rather then just getting physical.

-Did you ever asked him what he wanted or what’s his plan for you both?

-He said he wanted me as wife and permanent.

-Did he take any of your responsibilities? Like paying of your needs.

-Not really. I was independent and we just shared things together.

Our Session ended. It’s time for the client to clarify answers.

-You told him you insecurities. he knew all your problems. He wanted you as wife but never made a strong plan to be together. He broke up with his girlfriend and you never re-checked if he was continuing or not. He was not getting you. He did not consider your sickness and the time you asked from him to recover. So rather than he wait for you get well, he was behaving rude for what he was not getting at that moment. He didn’t wait even a month. He get back to his girlfriend and didn’t tell you. Now you tell  me Laila, if it was love from his side or not?

-I don’t think it was love in any dimensional way.

-You were in lack of things that you thought you can get from Tareq. You planned alone. You decided to  be happy with him. It was you who decided to love and take responsibility of both of your lives. But according to your answers I didn’t found anything like that from his side.

-So was it lust?-Laila said.

-I want you answer it Laila

-It was my need and his lust.

-So what you wanna do about this now?

-How you want to do that?

-I will take my own responsibility and will plan how I can workout on my own. How I can deal my incompleteness. I want to be my better version and more confident with self-esteem.

-Great! I hope in next session we start to work on your personal growth and life planning map.

-Yes. Thank you Coach for clearing my head.

-My pleasure dear. Things will be fine when you fix your mindset. Set goal and work step by step.

-See you in next session Laila.

So from above story and conversation you can differentiate what is love, what is just need and what is lust.

When we love we are ready to give more time, consider the need of other person, try to understand and respect, take responsibility, plan future together and work on it step by step. If two person together but not working on growth, love become just a temporary feeling not long term partnership. Where we are in need, we try too get it from other place. But need is not love. When you don’t get what you need from the person then you get stuck! And lust is when we only focus on sexual desire. Lust is not love and just temporary attraction. 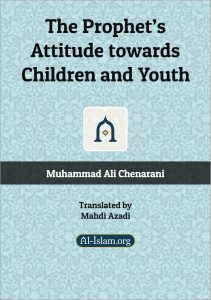 The Prophet’s Attitude towards Children

Part 1: The Prophet’s Attitude towards Children Kindness towards children was one of the...

40 Inspiring and Famous Quotes for Kids 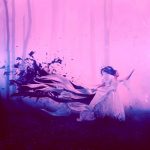 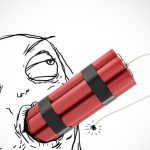 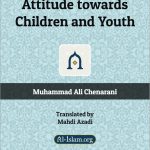 The Prophet’s Attitude towards Children

40 Inspiring and Famous Quotes for Kids 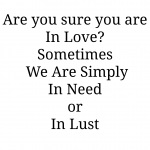 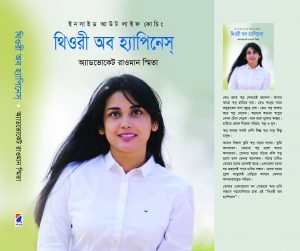